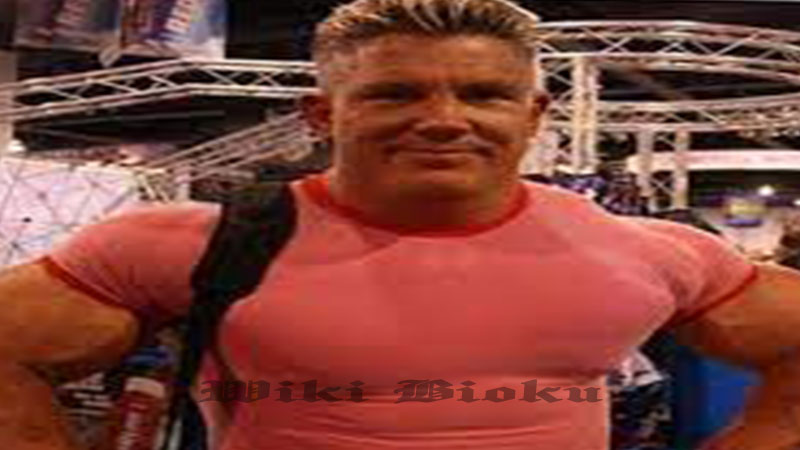 Andy Haman was an American professional bodybuilder who competed in the superheavyweight class, has died.

Haman was born in Iowa City, Iowa, on August 16, 1966, graduating from Iowa City High School in 1984. Haman attended the University of Iowa, where he was a member of the school’s wrestling team and studied health, according to his Facebook page. After college, Haman was a physical education teacher and wrestling coach in his hometown for a year and was a fitness director at YMCA in Lexington, Kentucky, for two years.

Haman relocated to Colorado Springs in 1994. He was a health and physical education teacher, head wrestling coach, and assistant football coach at Thomas Doherty High School from 1994 to 2005 before he became a professional bodybuilder. Haman would later return to working with kids as a teacher at Inspiration View Elementary School in Colorado Springs, according to the district’s website.

The school’s website says, “Before he was a bodybuilder, Andy was a standout high school wrestler in the state of Iowa where he compiled 210 victories and a state championship. He went on to wrestle at the University of Iowa under collegiate and Olympic wrestling legend Dan Gable. While there, he was a National freestyle champion, Olympic sports Festival Champion, and World runner-up in wrestling as a Varsity team member of 4 National Championship Wrestling Teams.”

According to the school’s website, Haman’s favorite quotes are, “Be the reason someone smiles today,” and “Money is important but not as important as time.” He explained, “I have money, but no time left with my father. (I’d give up money for that.)”

Andy Haman has died at the age of 54-years-old.

The website wrote in Haman’s obituary, “His highest placing as an Open competitor came at the 2009 Orlando Pro where he placed 13th. His last appearance on stage came at the 2010 Phoenix Pro, where he finished tied for 16th. He retired after that season to focus on raising his family and his career away from the stage.”

A video posted in 2009 of Haman completing a 600-pound bench press went viral on YouTube, with more than 5 million views. Haman also appeared in the 2017 movie “The Jurassic Dead,” according to his IMDB profile.

Andy Haman is survived by his wife, Michelle Haman, and their four children, Sam Haman, Daisy Haman, Ruby Haman, and Lucy Love Haman. The family was known for dressing up together as characters from the films “The Incredibles” and appearing at conventions, children’s hospitals, and charity events. Haman played up his “superhero persona” and would call himself “Mr. Incredible,” according to his social media posts.

His son, Sam Haman, followed in his footsteps and won the classic physique division competition at the 2018 Teen Nationals, according to Barbend.com. Ruby Haman also took after her father and competed in Olympic-level weightlifting.

In 2015, Haman posted photos from a visit to a hospital where he appeared in his “Mr. Incredible” costume. He wrote on Facebook, “Giving away toys, smiles and hugs – Columbia hospital’ Got back in return Laughs, kisses, and love.”

Andy Haman died on March 20, 2021, the cause of death is currently unknown.

Andy Haman was an American professional bodybuilder and college wrestler from Iowa who died on March 20, 2021, according to his son. Haman was 54. He is survived by his wife and four children. Haman’s son, Samuel Haman, wrote on Instagram, “RIP: Anthony Joesph Haman/Dad/Mr. Incredible. We love you so much and you will be in our thoughts forever! No one was as a strong, kind, silly, goofball wonderful person like you.”

Samuel Haman added, “Don’t worry about mom and the girls I’ll take care of them, just the way you did and taught me. #crazyfunalways.” The elder Haman died in Colorado Springs, Colorado, where he and his family had lived for several years. Haman’s cause of death has not been made public.