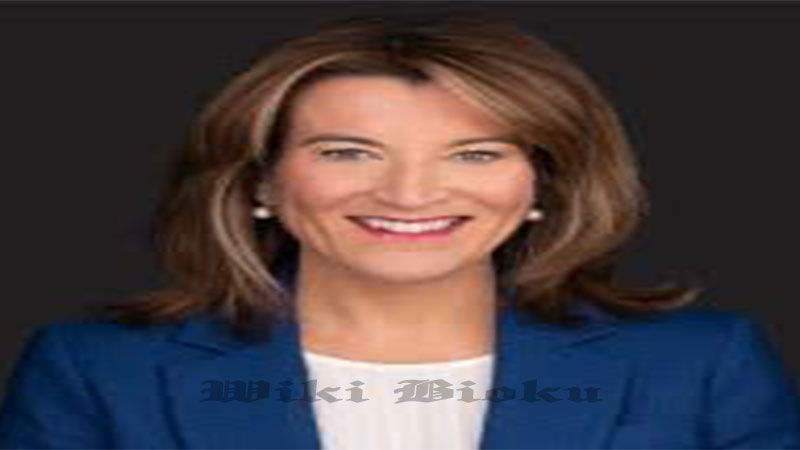 Jennifer Griffin is a Fox News journalist, She was born April 20, 1969.
Griffin initially reported for a newspaper in Johannesburg, South Africa, where she covered Nelson Mandela’s release from imprisonment and other events in South Africa’s transition away from apartheid. She covered Middle Eastern affairs for the Associated Press and National Public Radio before joining Fox News in 1999. Following successful treatment, she returned to work in 2010 as a National Security correspondent for Fox News.

In September 2020, an uproar arose after Griffin, citing anonymous sources, confirmed key details of an article in The Atlantic that reported President Donald Trump had (allegedly) characterized veterans and fallen American soldiers as “losers” and “suckers.” The report, citing anonymous sources, had been supposedly confirmed by the Associated Press and The Washington Post. Trump and several aides who were present at the time denied the report, with the president and others calling for Griffin to resign. Numerous reporters, including some from Fox News, defended Griffin’s integrity. She stood by her report, characterizing her sources as “unimpeachable.

Jennifer is the daughter of John W. Griffin, a partner in a Washington, D.C. law firm, and Carolyn J. Griffin, the producing director of Metrostage, a theater in Alexandria, Virginia.

According to her biography, Griffin attended Harvard University and graduated with a Bachelor’s degree in comparative politics in 1992.

According to her biography, Jennifer Griffin has covered events all over the Middle East, Africa and Europe, in such countries as Israel, Lebanon, Pakistan, Afghanistan, Cyprus, Russia, Thailand and South Africa. Her career at Fox News started when she was in Russia in 1997.

During her career, she covered the 2006 34-day war between Israel and Hezbollah, the funeral of Yasser Arafat, the 2005 evacuation of Jewish settlements from the Gaza Strip, the aftermath of Benazir Bhutto’s assassination, the rise of the Taliban, Nelson Mandela’s release from prison after nearly 30 years, Pakistan’s first nuclear test and Russia’s economic collapse.

Griffin, who started out as a Middle East correspondent at Fox News Channel, is currently the station’s national security correspondent, stationed at the Pentagon.

In an interview with the Columbia Journalism Review, Griffin expressed surprise at how partisan politics had become: “When we were overseas, they didn’t see you as a liberal journalist or a conservative one,” her husband, journalist Greg Myre, said. “Now you’re pigeonholed, ‘I don’t want to talk to you because you’re not on my side.’ We find that disappointing.”

Griffin met her future husband while she was still in college and worked at a South African newspaper, “The Sowetan,” in October of 1989, the Columbia Journalism Review reported.

According to the Review, “… they are each other’s favorite sounding boards. They critique and edit each other’s stories. They bounce ideas around.” Their relationship survived postings in Pakistan, Moscow and Jerusalem, but it also experienced a few bumps along the way because they worked at competing papers.

Griffin recalled a time when her editor would constantly remind her, “Macy’s doesn’t tell Gimbels” as a way to remind her not to tell her husband, then an Associated Press reporter, what she was working on. She also recalled kicking him out of a shared room in Tehran in 1995 to prevent him from overhearing information he didn’t know, leading Myre to “wander the streets angrily at night until she finished filing.”

But they also help each other, according to Myre. “She’s been very good: ‘Here’s somebody who will be friendly, drop my name and tell them you’re my husband,’” Myre said. “The Pentagon is a confusing place and you have to know who to talk to. She knows all the generals.”

Griffin also co-authored a book with her husband according to her Fox News bio, “This Burning Land: Lessons from the Frontlines of the Transformed Israeli-Palestinian Conflict.”

Griffin, a veteran international correspondent, breast cancer survivor, wife and mother, was recently the subject of a Twitter attack from Trump, who called her reporting was false and said that she should be fired.

According to Everyday Health, Griffin was 39 when she found a lump in her right breast while nursing her son. Although it was initially called a blocked milk duct, Griffin was eventually diagnosed with breast cancer, of which she had a family history.

According to her biography, she received 17 rounds of chemotherapy, radiation and a double mastectomy to eliminate the stage 3 Triple Negative breast cancer. She was declared in remission in 2010.

After that, Griffin returned to work, with a shorter haircut that symbolized her survival. “I don’t dye it right now,” she told Everyday Health. “It’s a reminder – a badge of honor [showing] – that I went through the fire and came out on the other side.”

Griffin Reported That Trump Made Disparaging Comments About Soldiers

Griffin confirmed parts of a report in The Atlantic which accused Trump of calling a cemetery filled with dead America veterans “filled with losers” and calling 1,800 marines there “suckers.”

According to one former senior Trump administration official: “When the President spoke about the Vietnam War, he said, ‘It was a stupid war. Anyone who went was a sucker’.”

This former official heard the President say about American veterans: “What’s in it for them? They don’t make any money.” Source: “It was a character flaw of the President. He could not understand why someone would die for their country, not worth it.”

I read the source a few quotes from The Atlantic article. This former Trump admin official said, “The President would say things like that. He doesn’t know why people join the military. He would muse, ‘Why do they do it’?”

Re: trip to mark 100th anniversary of WW I
Source: “The President was not in a good mood. Macron had said something that made him mad about American reliability and the need perhaps for a European army. He questioned why he had to go to two cemeteries. ‘Why do I have to do two’?”

Regarding Trump’s July 4th military parade, during a planning session at the White House after seeing the Bastille Day parade in 2017, the President said regarding the inclusion of “wounded guys” “that’s not a good look” “Americans don’t like that,” (a) source confirms.

Regarding McCain, “The President just hated John McCain. He always asked, ‘Why do you see him as a hero?” Two sources confirmed the President did not want flags lowered but others in the White House ordered them at half-mast. There was a standoff and then the President relented.

It’s not the first time Griffin’s reporting has been perceived as unfriendly to the Trump Administration.

Not true, according to a former top senior military adviser to President Trump, “We told them over and over ‘We are your friends. We will never leave you’.” https://t.co/FEJUdJGGu6

Politico wrote an article in which Griffin was described as “the Fox reporter who is bedeviling Trump on Syria.” The article was based on a tweet Griffin sent, which described a statement Trump made as “untrue.”

In that Politico article, Griffin clearly distinguished herself as a news reporter versus those on the opinion side. “They’re in the opinion-making business,” she said. “I’m pleased at the fact that other networks are paying attention to what Fox News is doing, but the way I feel is, we’ve been doing this for years.”

Fox News reporters, she added, “keep our nose to the grindstone” and “keep out of politics.”

According to The Atlantic report, White House spokesperson Alyssa Farah emailed this statement in response to the reported comments: “This report is false. President Trump holds the military in the highest regard. He’s demonstrated his commitment to them at every turn: delivering on his promise to give our troops a much-needed pay raise, increasing military spending, signing critical veterans reforms, and supporting military spouses. This has no basis in fact.”

However, Trump was much more aggressive in his denial, tweeting, “All refuted by many witnesses. Jennifer Griffin should be fired for this kind of reporting. Never even called us for comment. @FoxNews is gone!”

Griffin, however, stood by her reporting, telling Neil Cavuto on Fox News that her “sources are unimpeachable,” the Washington Post reported:

My sources are unimpeachable. I feel very confident with what we have reported at Fox. Not every line of the Atlantic article did I confirm, but I would say that most of the descriptions and the quotes in that Atlantic article, I did find people who were able to confirm, and so I feel very confident in my reporting. … I’m a reporter, and it was my job to report what I heard.

“I feel very confident in what we have reported at Fox,” she said, according to Deadline. “I’m a reporter and it was my job to report what I heard.”

Jennifer Griffin of Fox News Did Not Confirm ‘Most Salacious‘ Part of Atlantic Story https://t.co/rUpbSWhHac via @BreitbartNews All refuted by many witnesses. Jennifer Griffin should be fired for this kind of reporting. Never even called us for comment. @FoxNews is gone!

One of her strongest defenses on Twitter came from national correspondent Bryan Llenas, who wrote: “Jennifer Griffin is the kind of reporter we all strive to be like. She’s courageous, smart, ethical, fair and a class act. She’s earned the trust of viewers throughout a distinguished career and is credible.”