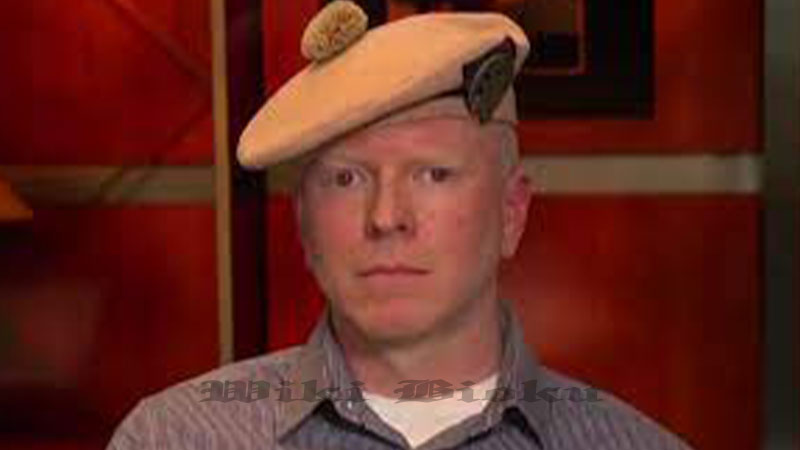 John Paul Mac Isaac is a Delaware computer repair shop owner who says he was given Hunter Biden’s damaged MacBook laptop and then turned it over to the FBI and later to a lawyer for former New York City mayor and Trump-ally Rudy Giuliani. The contents of the computer’s hard drive is at the center of a disputed New York Post report about Biden and his father, Democratic presidential candidate Joe Biden.

Mac Isaac has owned The Mac Shop in Wilmington, Delaware, since May 2010, according to his LinkedIn page. The Mac Shop’s website says he and his partner opened it, “to create a convenient, knowledgeable service and support option for Mac users in the Greater Wilmington area. As Mac users ourselves we understand how difficult it can be to find a reliable service and support provider and that is why we are now offering our services to you.”

Mac Isaac is a 1996 graduate of Delaware State University, according to his LinkedIn profile. Mac Isaac has posted often on his Facebook page about his Scottish heritage, but has not made any political posts in recent years.

Along with his computer repair shop, he also used to have a flight simulator inside a Delaware art space. He posted on Facebook about it in July 2018:

I want to extend a heart filled thank you to everyone who has visited my studio, flown my Boeing 737-300 and supported me in my work. Last night was a tough one, I had to dismantle my Boeing 737-300 simulator and remove my belongings from The Delaware Contemporary. For the past 8 years I have been building the installation in my studio and in that time I have been blessed to expose hundreds of visitors to the joy or flight, technology, art and history. It was not just a fun toy (it was!), it was a platform for displaying my work with veterans groups. It showcased how mixed media, found objects and technology can come together. Most of all, it brought smiles and joy to countless youths (and parents) who may grow up and become the next generation of pilots! If anything, I hope I passed on the idea that if you can dream it, you can build it.

Mac Isaac, a 44-year-old Wilmington resident who owns The Mac Shop, told The Daily Beast he didn’t actually see the former vice president’s son drop the MacBook off at his repair shop in April 2019, but he thought it was his because it had a Beau Biden Foundation sticker on it. Beau Biden, Hunter’s brother, died of cancer in 2015. Mac Isaac said the laptop, which had water damage, was never picked up and no one paid for the repair costs, The Daily Beast reports.

Mac Isaac is a Trump supporter, according to his social media posts and comments to reporters. He was tracked down by reporters after he gave The Post a copy of what he claims was a subpoena to appear in federal court in December 2019 for a grand jury hearing related to the MacBook. It has not been confirmed that the document he gave to The Post is related to Hunter Biden or the laptop Mac Isaac says was brought to his store. The metadata in the photo of the subpoena shows it was taken at Mac Isaac’s computer repair shop, Business Insider reports.

Mac Isaac posted about voting for Trump on Facebook in 2016. He wrote in a November 9, 2019, post, a day after Trump’s victory, “So, I decided to go on Facebook today for the first time in a while. Apparently, I am an a******, stupid, racist, sexist, and a d*** that hates his country. And that’s just from my friends. Thank you Facebook for enlightening me. Come on people, we are Stronger Together…… What, too soon?”

Mac Isaac also told reporters he thought the impeachment of Trump was a “sham,” during the October 14 interview. On June 13, 2013, he posted on Facebook, “Biden Bubble, protect us!” and later that same day, “Thank you, Biden Bubble.”

The Biden campaign has denied the details of the report that Mac Isaac claims stems from him finding Hunter Biden’s computer. Campaign spokesman Andrew Bates said in a statement to Politico, “we have reviewed Joe Biden’s official schedules from the time and no meeting, as alleged by the New York Post, ever took place.”

Bates added, “Investigations by the press, during impeachment, and even by two Republican-led Senate committees whose work was decried as ‘not legitimate’ and political by a GOP colleague have all reached the same conclusion: that Joe Biden carried out official U.S. policy toward Ukraine and engaged in no wrongdoing. Trump administration officials have attested to these facts under oath.” Bates told Politico that The Post never asked the campaign for comment, and “never asked the Biden campaign about the critical elements of this story. They certainly never raised that Rudy Giuliani — whose discredited conspiracy theories and alliance with figures connected to Russian intelligence have been widely reported — claimed to have such materials.”

The report accuses Hunter Biden of setting up a meeting between a Ukrainian business partner and his father while Joe Biden was vice president. The Biden campaign has denied any wrongdoing and said the meeting mentioned in an email supposedly found on his son’s hard drive never happened, according to Politico. The Post report sparked controversy after Twitter blocked users from sharing a link to it and Facebook limited its ability to reach users. According to The Post, the hard drive found in the laptop brought to Mac Isaac’s shop also had photos of Hunter Biden in compromising positions.

According to The Daily Beast, Mac Isaac gave conflicting stories about the MacBook during an hourlong interview with reporters on October 14. The interview occurred after The New York Post article was published. Mac Isaac first told reporters he contacted the FBI about the contents of hard drive, but later said the FBI contacted him first, according to The Daily Beast. Mac Isaac gave a copy of the laptop’s hard drive to Giuliani’s lawyer, Robert Costello, after turning over the actual device to law enforcement, according to The Post. The newspaper reports Giuliani gave reporters a copy of the hard drive on October 11.

Mac Isaac told The Daily Beast he made a copy of the laptop’s hard drive because he feared for his life after contacting law enforcement. “They probably knew I had a copy because I was pretty vocal about not wanting to get murdered, so I’m going to have a copy,” he told reporters, according to The Daily Beast. Mac Isaac referenced the debunked conspiracy theory that Democratic National Committee staffer Seth Rich was murdered because he turned over information to WikiLeaks.

Mac Isaac told The Daily Beast, when asked about his ties to Giuliani, “When you’re afraid and you don’t know anything about the depth of the waters that you’re in, you want to find a lifeguard.” The reporter asked if Giuliani was his lifeguard, and Mac Isaac replied, “ah s***,” and “no comment,” according to The Daily Beast.

Hunter Biden’s lawyer, George Mesires, told The Post about Giuliani, “He has been pushing widely discredited conspiracy theories about the Biden family, openly relying on actors tied to Russian intelligence.”

The Daily Beast said the “bizarre” interview with a reporter from the news outlet and other organizations lasted more than an hour. It can be heard in its entirety above. According to The Daily Beast, Mac Isaac appeared nervous throughout the interview.