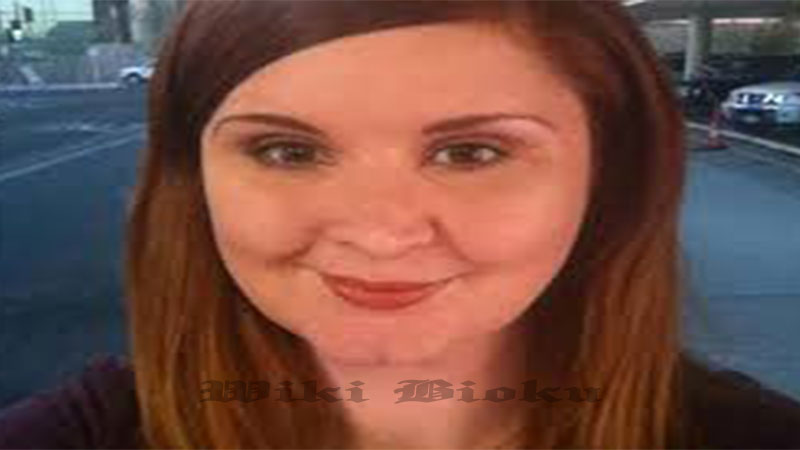 Shanna Hogan (October 21, 1982 – September 1, 2020) was a New York Times bestselling American non-fiction author and journalist who lived in Phoenix, Arizona. She was best known for writing the book Picture Perfect about convicted killer Jodi Arias.
Shanna was Born in Olathe, Kansas, Hogan grew up in Phoenix, Arizona. In 2005, she graduated with a bachelor’s degree in journalism from Arizona State University.
A former reporter at the East Valley Tribune, Hogan became a well-known name after writing several true-crime books, including Dancing with Death, Picture Perfect: The Jodi Arias Story, The Stranger She Loved and Secrets of a Marine’s Wife, according to her website.

In addition to being a New York Times bestselling author, Hogan was an award-winning journalist and an adjunct professor at her alma mater, Arizona State University, in the Walter Cronkite School of Journalism.

She was also a proud mother to Zander and recently celebrated his first birthday on June 9. In one of her final Instagram posts on Aug. 20, Hogan demonstrated how much she adored her only child by showing off the “Z” tattoo she got on her wrist in his honor.

“I hope one day my little love muffin brags that both his parents got ‘Z’ and ‘Zander’ tattoos on our arms. He will grow up knowing he’s the center of our world. 😊🥰” she wrote in the post. “I would be happy if one day Zander is embarrassed by how much we adore him!”

In the wake of Hogan’s untimely passing, Mayer set up the GoFundMe page for LaRussa and their son to help with medical bills, memorial costs, and “to support Zander as he grows up without a mother,” according to the page.

Speaking to PEOPLE, Mayer remembered Hogan as someone who left an impact on the world through both her career and personal life.

“Shanna was a talented writer with a gift for beautiful descriptions and compelling narratives,” she shares. “Her extraordinary style of storytelling drew you in as a reader, while her warmth drew in those she wrote about so they felt comfortable sharing their most personal stories with her.”

“She had another book planned as well as a screenplay in progress and she was so excited about these projects,” Mayer continues. “As a college instructor, she loved not only teaching but having fun in the classroom. She brought a zany sense of humor and so much laughter to her students.”

“Personally, she was the kindest human being I have ever known and beautiful with thick red hair and a warm smile,” she adds. “She was the type of person to text you just to tell you, ‘Hey, I think you’re awesome and I just wanted you to know that.’”

Despite all of her accomplishments, it was her role as wife and mother that Mayer says she valued the most.

“For someone who accomplished so much as a young true-crime author, she above all, cherished motherhood,” she says. “She became a mom later in life but flourished in this role with a true grace that was breathtaking to see.”

Those interested in helping Hogan’s family in the wake of her death can so here.

Shanna Hogan has died at the age of 38 years.

The writing community is mourning after Shanna Hogan, the New York Times bestselling true-crime author, tragically died in a pool accident at her Phoenix home. She was 38.

Hogan was swimming with her 14-month-old son, Zander, on Aug. 27 when she slipped, hit her head, and was left submerged in the water, her friend and former colleague Kathleen “Katie” Mayer, who set up a GoFundMe page on behalf of Hogan’s family, tells PEOPLE.

Shortly after her fall, Mayer says Hogan’s husband of nearly 20 years, Matt LaRussa, arrived to find his son safely outside the pool in his life vest, but his wife unconscious in the water.

LaRussa immediately pulled Hogan out of the pool and performed CPR until paramedics arrived. She was then rushed to a local hospital, where she remained in the ICU in critical condition for several days, according to Mayer.

Though Mayer says “friends, family and colleagues prayed around the clock for Shanna to pull through,” she ultimately passed away on Sept. 1.

Her family decided to donate her organs, which Mayer says have already gone to save the lives of four people with possibly more in the future.

“At a time where human kindness is so desperately needed, we’ve lost one of the people who gave that to our world, but Shanna’s writing will live on, the lives she saved will live on and her greatest creation — her little boy — will live on to inspire all of us,” says Mayer.

Best-selling author Shanna Hogan, 38, has died following a drowning incident at her home in Arizona last month that left her in critical condition.

The late author’s friend Kathleen “Katie” Mayer told People that Hogan had been swimming with her toddler son, Zander, when she slipped and hit her head, becoming submerged in the water.

In a post on Facebook, LaRussa shared a letter he read aloud to Hogan just before she passed away.

“You are a wonderful mother and Baby Z will always know who you were and how much you love him He was everything to you and me,” he said. “I promise to do raise him the way I know you would want him raised. To respect his father and learn to take care of everyone he meets.”