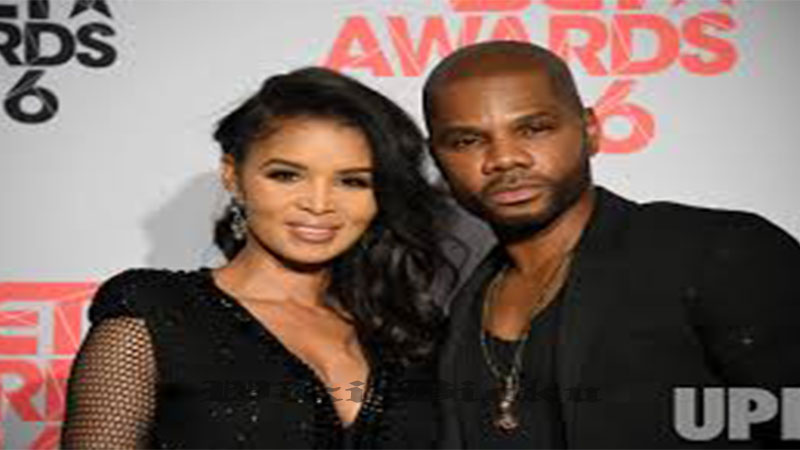 Tammy Collins is a former makeup artist and is best known as Kirk’s wife. Gospel musician Kirk Franklin recently came under fire for a heated argument with his estranged son Kerrion, who he subjected to the N-word amongst other threats including “I will break yo neck n****.” Kerrion added that the recording was recent and Kirk issued an apology once he started receiving backlash for the way he was heard speaking. The outrage against the musician continues to rage but his wife Tammy Collins too is being subjected to a lot of hatred on the Internet.

Coming back to Kirk and Kerrion’s dynamics, the two have been on the outs for quite some time. In 2018, the latter took to Instagram accusing his father of trying to have him killed. Earlier this month Kerrion also posted a cryptic message on Instagram that read, “I’m not allowed to have any childhood pictures of myself or my family. Some of the sh*t I see yaw complain about is so surface. I’ve been through the fire.”

Tammy Collins married Kirk in 1996 and in the 25 years of the couple together, there hasn’t been a single incident of infidelity or other differences that have been reported in the media. They each had one child from their previous relationships at the time of their wedding – Kirk’s son Kerrion and Tammy’s daughter Carrington.

The couple has two children together, a daughter named Kennedy and son Caziah. A report states that Kirk made a promise to Tammy during their wedding ceremony that he’d never cheat on her and uphold her at all times. Kirk once compared cheating on Tammy to cheating on God, while adding that he’s not perfect but he does love his wife.

“Men can be dumb at times and want what’s newer, fresher, or what our other ‘head’ thinks is better. To cheat on Tammy is to cheat on the Kingdom, my children, and even you,” he said.

Slammed For Laughing in Viral Audio

Kerrion Franklin released a video of an explicit back-and-forth between him and his father Kirk and Tammy is being slammed on the Internet for laughing uncontrollably during the conversation.

Many who have listened to the audio pointed out the crackling voice of a female laughing in the background during the entirety of the recording and a lot of them are of the belief that it is Collins who was sniggering. Collins is the stepmother of Kerrion, who was born in 1988; details of his biological mother are not known.

Was that Kirk Franklin’s wife laughing in the background as he’s cursing his son, not hers, out? That’s a red flag also. You all are talking about his age as if bad parental behavior stops having an impact because of some chronologically ordered number.

On March 13 he leaked a recording of the conversation where Kirk was cussing him out, the reason for the same is unknown as of yet. He used words like ‘b**ch’ and threats like ‘I will put my foot in yo a**,” amongst other things before hanging up. The video has been going viral on social media and Kirk began to trend heavily on the Twitter posts in which he shared his apology with a plea for prayers for himself and his family.

Kirk Franklin wife laughing in the background while she should've been trying to diffuse the situation. Evil…but it's not her son so she probably doesn't gaf. I seem them in a different light now.